I spent the last 3 weeks reading this book "PMA" and solving its labs.
I'd recommend this book to anyone willing to dive into Malware analysis.
Its labs are extensive and cover a lot of ground. And the book itself is suitable for beginners, intermediates and advanced readers.
I read the whole book, and finished all the labs. And here are my notes:

[-] I used a VM running the a 64-bit edition of the latest windows 10 (build 17763.253), and most of the labs worked fine. Some labs didn't work because they depend on components found only in windows XP, so you'll need another VM running windows XP in order to do a full dynamic analysis on that malware. Specifically:

Of course you can do static analysis fine, and you can even tweak the exercise files in the debugger on-the-fly and make it work (sort of), but it's better to study malware in its natural habitat (it was designed to work on windows XP).

[-] A notable advice I'd give to anyone willing to practice with this book, is that multiple new tools have been released after the book. So it would be sad not to use the newer tools because they're not mentioned in the book.
So here's my list:

[-] One of the techniques I learnt from this book for example;
is that the after creating a suspended process using CreateProcessA, the "EBX" register will hold a pointer to the PEB of the newly created process. What the hell?!! This piece of information isn't documented by Microsoft, but apparently it was found to be reliable enough to be used by malware authors. Now malware can access the PEB of the newly created process and leverage the information in it for attacks like process hollowing. More detailed info in this blog post.

[-] And many undocumented microsoft structures and functions are being explained in the book and demonstrated in the labs by working examples that use them. This gives you hands-on experience with the techniques that malware authors use. Some of them are still being used in the wild by new and old malware.

[-] Again, I'd 100% recommend this book to anyone interested in malware analysis ? 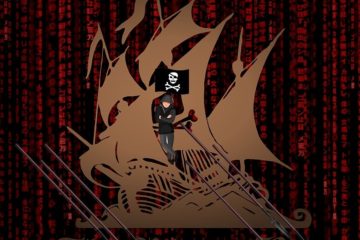 A couple of days ago, I analyzed a piece of malware widespread on "The Pirate Bay" torrent tracker. I'm documenting my findings in this article. Quick note: I don't condone piracy. This article is for Read more…

This is the challenge description: Inside the zip file, we got 2 EXEcutables. Lets check the 1st one first . 1st EXE: Lets try to find information about this EXE file without running it. This Read more…