This is the challenge description: 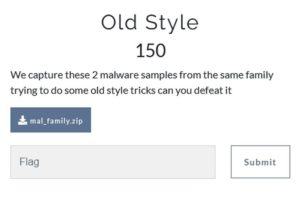 Inside the zip file, we got 2 EXEcutables.

contents of the zip file

Lets check the 1st one first

Lets try to find information about this EXE file without running it. This is called Static analysis. First, use PEiD and EXEinfo PE.

Nothing. But if we check the PE-header (containing sections information and other useful info) in EXEinfo PE, we'll find something very interesting.. The resources section (.rsrc) is very big. This is a common character of packed malware. 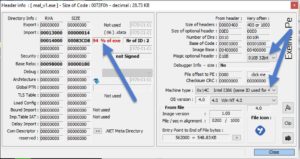 Resources section is very big. And this PE-file is 32-bit

Also we find that it's a 32-bit executable from the "Magic" and "Machine type" bits.

What to do next? 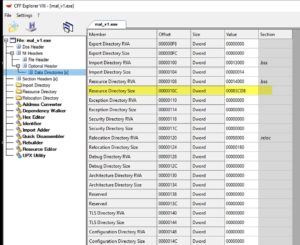 Size of the resources section in CFF Explorer

Other than the EXE's icons, we have 2 interesting resources. One called "TYPESCR" and the other called "TYPELIB". Both have the word "type" in their title, so lets call them "SCR" and "LIB" for now. Lets see what's in them.. 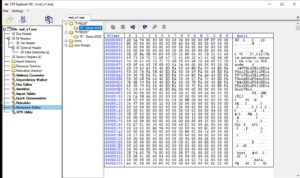 The "LIB" has an MZ header (which means it's a PE file; most probably an EXE or a DLL). and the other one has a strange signature.

Lets dump both of them and check the "SCR" against known file signatures using TrID.

Running TRiD on the TYPESCR file 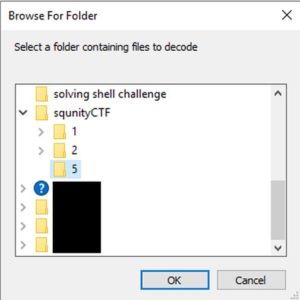 Nice. We now have the decoded VBS file. 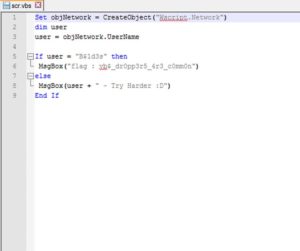 The VBS script in notepad++

That was pretty easy. We solved this challenge using only static analysis.

Now I want to do 4 more things:

It's exactly the same.. 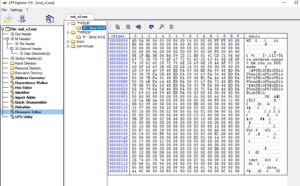 same contents inside the Resources section 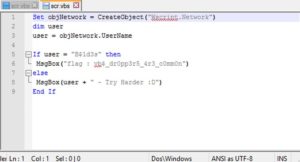 Same content of the VBS file after decoding the VBE file

Analyzing what the VBS file does:

Code of the VB script

1- It grabs our computer's username, using this method, then assignes it to a local variable called user (Lines 1-3).

Lets prepare our tools first. We'll use Process Explorer, Process Monitor. We could also use a Cuckoo sandbox, but we wont need that here.

Take a snapshot in the VM, and run our tools, then run the v1 EXE.

Quick note: I added some filters to Process Monitor in order to reduce the noise and huge amount of unwanted values.

Excluding some processes' values to reduce the noise

Once we run it, nothing appears. I thought we would see the MessageBox that said "Try harder", but apparently the programmer made a small mistake or something. But the malware deleted itself (the v1.EXE file), and we have a lot of entries in Process Monitor. Lets check the most interesting ones. 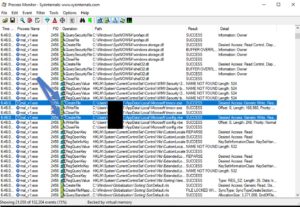 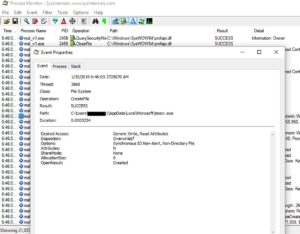 It created two files, an EXE and a VBE file. In both files, it calls "CreateFile" to grab a file Handle and create the new file, then calls "WriteFile", then finally "CloseFile" to close the file handle. Pretty straight forward. 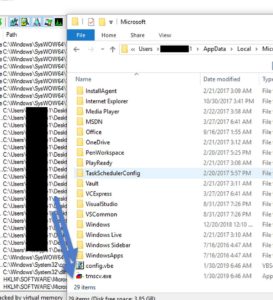 the 2 files dropped in %appdataLocal%

Does that Icon on the EXE look familiar?

Those 2 files are the "TYPELIB" and "TYPESCR" from the resources. They were dropped to this path "%localappdata%\Microsoft\" and then it executes the EXE with the .vbe as a parameter to it.

Since the worm didnt work as expected, lets drag and drop the VBE file on the EXE file. 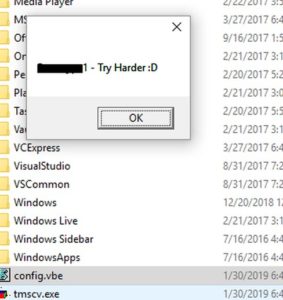 Error message after executing the script

From looking at its icon, you can pretty much guess what it is. But lets pretend that we're seeing this icon for the first time..

If you checked the file's properties, it says clearly that it's the "Windows Script Host". 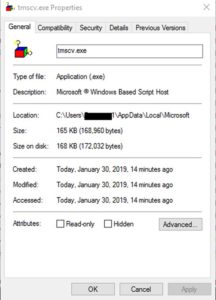 File properties of the EXE

Details of the EXE file

And if we used Sigcheck on it, same result. SigCheck would be more helpful if the EXE was digitally signed by microsoft.

Using sigCheck on the EXE file

Also if we googled the md5 hash of this EXE, we will find many results online saying that this is the hash of Microsoft's "Wscript.exe".

A couple of days ago, I analyzed a piece of malware widespread on "The Pirate Bay" torrent tracker. I'm documenting my findings in this article. Quick note: I don't condone piracy. This article is for Read more… 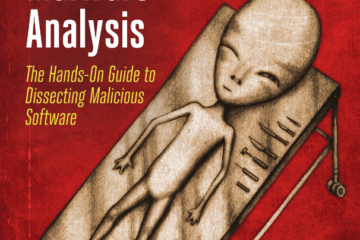 I spent the last 3 weeks reading this book "PMA" and solving its labs. I'd recommend this book to anyone willing to dive into Malware analysis. Its labs are extensive and cover a lot of Read more…